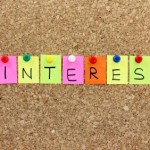 Take a look at the user base on Pinterest and one thing is certain. It’s a social network populated predominantly by women. In fact:

A staggering statistic especially when you compare it with Facebook’s 57% and Twitter’s 42% women’s population. Pinterest is by no means an exclusive women’s network, but it has largely been adopted as such and this is certainly echoed in the content and issues shared on the site. This can be seen through the most popular posts covering everything from cooking recipes to fashion, beauty, crafts and women’s interests.

Pinterest is all about creating and sharing “pins” or images as part of your virtual “pin board”. It has crafted out a niche for itself as a “visual social network” and clearly sets itself apart from the industry leaders Facebook and Twitter with a dedicated user base of 70 million worldwide.

That said, there are plenty of other reasons why Pinterest makes sense as part of your marketing strategy, and here’s why:

It’s not just women’s interest brands.  There are plenty of other brands that have jumped on the bang-wagon too, including Sony, Mashable and Expedia.

Whether you have an extensive product catalog or not, Pinterest can be used to engage fans, drive traffic to your site and increase brand recognition. Article Name
Pinterest – The Social Network for Women
Description
Pinterest has carved out an effective niche for itself. Information on how Pinterest works and how businesses can benefit from the social media platform are contained here,
Author
John Moffitt